Here is the beginning of « Blinding Fog », the 2nd part of the triptic of JEKYLL WOOD.

After « The Doll », the first single rather electro pop oriented, discover the sublime « On the corner »: pure Jekyll Wood. Lancinating, sophisticated, bewitching, astonishing concentrate of ultramodern sounds, flirting with the coldness of electro, and the classicism of compositions drawn from an irreproachable know-how..

The French songwriter once again deploys a sound palette that is both very broad and coherent, sweeping across the entire spectrum of indie music, from folk to electro-rock, without ever losing sight of one vision: that of an artist who seems to travel through the musical strata, from the oldest to the most recent, from the most visceral to the most avant-garde. The result is songs that are accessible and demanding, as if they were intelligently and skilfully removing the sometimes artificial division between underground and mainstream.

« On the corner » IS AN AWAKENING

The end of a misty dream. The dissipation of the smoke screen. A meeting at the crossroads of worlds. A haunting and sophisticated track that questions the existence of fate.

The unique atmosphere does not neglect the guitars, but makes them the instrument of a bewitching atmosphere, just like Tamino or Bon Iver‘s productions… 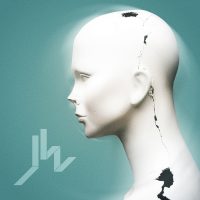 An escape, an abandonment, towards an ethereal, unreal, aerial world. Towards a virtual world. The beginning of disillusionment. The dawn of a liberation.

Electro sounds reminiscent of the early days of Daft Punk mixed with the groove of John Mayer and a goldsmith’s work on the arrangements that are now his fingerprint.