Label TIME IS OUT present

5 first tracks for a first chapter that starts the roadtrip(-tyque).

The first 3 tracks « Thirteen« , « How Much » and « Just a little more » have started their radio trip around the world since they have already been broadcasted on more than 215 radios (110 in France and 105 in 25 different countries) : Belgium, Usa, Australia, Norway, Italy, Canada, Argentina, South Africa, Japan, England, Scotland, Wales, Colombia, Ireland, Denmark, Germany, Austria, Malta, Seychelles, Switzerland, Holland, Philippines, Greece, Cyprus …

And the first 3 clips have already accumulated 100.00 views on YouTube. 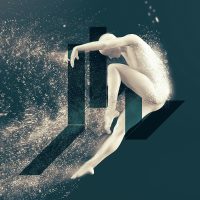 A first jump. In the void. The beginning of an inner road-trip, an electro-acoustic journey in an intimate world. At the borders of rock and progressive pop. Everything seems limpid. It is only an illusion. Behind this apparent fluidity, a subtle virtuosity smells. Folk sounds reminiscent of Steven Wilson, Ben Howard or Keziah Jones and a goldsmith’s work on the arrangements that are now his fingerprint.

A question asked in silence. What remains of the thought once spoken?
What remains of the emotion once written? What is left of oneself? Welcome to episode 2 of the journey. A purified moment in a hyperconnected world. At the crossroads of folktronica and bubble pop, we wrap ourselves in a fragile and melancholic softness with folk sounds reminiscent of Bon Iver or Radiohead. 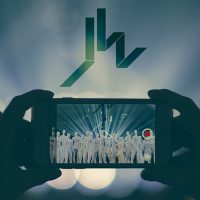 A cry that sounds like a call for help. Like an obvious need, a need of life, a need of the other. Here we are plunged into a 3rd sequence more electro-rock: raw, mechanical, implacable. Between vintage rock and modern blues, we let the electric guitars tear the canvas to better reveal an overflowing energy and a melancholic tension evoking the Black Keys, Lenny Kravitz or Artic Monkeys. 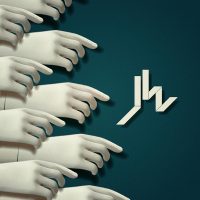 A confession of ignorance. A confession that makes us worship images as idols. We can see them, but they are not. An aesthetic, graceful, delicate chapter 4, a folk ballad evoking Sting, Tamino or Radiohead and an impressive work on the sound textures. 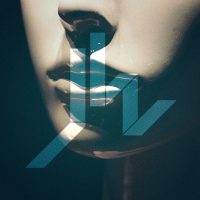 The refusal of a lie. A confrontation with the illusions that lull us. A crossing of the mirror. A dive in oneself. Behind the smoke screen. Serene and minimalist, this fifth part flirts with the universe of Gorillaz, Dire Straits or Pink Floyd.